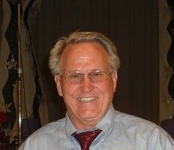 Michael Patrick Cannon succumbed to his battle with lung cancer at his home in Huntingtown, Maryland on Tuesday, June 24, 2014. He was 64 years old.
Mike was born on December 9, 1949 to Vincent Patrick and Margaret Aileen Cannon. He joined the military after graduating from Robert E. Perry High School in Rockville, MD in 1966. He served two tours as Specialist First Class in Long Range Reconnaissance Patrol of the 1st Calvary Division, Airborne Rangers. He was honorably discharged as a first private in 1970, and received the following decorations, medals, and commendations: National Defense Service Medal, Parachute Badge, Air Medal, three Bronze Star Medals (two with “V” device for acts of valor), AFHM (2nd class), a Gallantry Cross Ribbon with Palm, a Vietnam Campaign Medal, and two Purple Hearts. His exposure to Agent Orange during Vietnam caused a heart condition and the cancer that ultimately took his life.
He went on to get his bachelor of arts in English and Physical Education from Towson University in 1972. He taught from the time he graduated until the late 1970’s, when he went to work for his father-in-law at Chopp and Company, Inc. (now Probuild) in Waldorf, MD, where he worked for over thirty years.
In 1970, Mike met Dana Marlene Chopp on a blind date, and they fell in love. They surprised both of their families by eloping just ten months after they met. They celebrated their 43rd wedding anniversary in 2013.
In addition to his wife, Dana, Mike is survived by daughter Mae Elise and son-in-law Richard Roby Fisk, Jr.; daughter Sara Elizabeth and grandson Daniel Lee; daughter Josie Mae and son-in-law Edward Rigney; and son Jeffrey Patrick. He is also survived by all 12 of his brothers and sisters and 49 nieces and nephews. He will be met by angels and his son Daniel Robert, who passed away on October 28 1978 date, in heaven.
Mike was a compassionate and gregarious person who went out of his way to make friends with everyone he met. His loss will be deeply felt by his family, his friends, and the whole southern Maryland community. Visitation will be held at Rausch Funeral Home, located at 4405 Broomes Island Road in Port Republic, Maryland between 2 – 4 and 6 – 8 on Friday June 27, 2014. The service will be held the following day, Saturday June 28, 2014 at 10:00 a.m. at Church by the Chesapeake, 335 Broomes Island Road, Port Republic, MD. Everyone is welcome to attend.