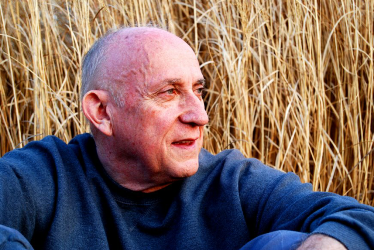 Michael Matthew Lauermann, 68, of Huntingtown passed away July 5, 2014 at the University of Maryland Medical Center in Baltimore. He was born May 9, 1946 in Waseca, Minnesota to Jerome B. and Bernice M. (Omann) Lauermann. Mike was raised in La Crosse, Wisconsin, and graduated from Aquinas High School in 1964. He then attended the University of Wisconsin, La Crosse, graduating in 1968 with a Bachelor’s Degree in math and chemistry. Mike enlisted in the United States Navy in 1968. A career Naval Aviator, Mike retired January 1, 1994 at the rank of Commander. While serving in the Navy, Mike received the Navy Expeditionary, Vietnam Service, Republic of Vietnam Campaign, Navy Commendation, National Defense Service, and Meritorious Service Medals, and the Sea Service Deployment Ribbon. He married Patricia Gail Murphy on February 28, 1981, and they lived in California, Hawaii, and Silver Spring. They moved to Calvert County in 1995, and have lived in Huntingtown since 1996. Since retiring from the US Navy, Mike was employed with several government contractors. Most recently, he was a Program Manager with Engility Corporation, a government contractor serving the Federal Aviation Administration. Mike was a member of the Fleet Reserve Association, the Association of Naval Aviation and attended Jesus the Divine Word Parish in Huntingtown. He enjoyed working on home projects, watching soccer, football and movies. Michael also coached his children’s youth soccer and basketball teams. Most of all, he enjoyed being with his family, especially his children.

Mike was preceded in death by his parents and a brother Lee Lauermann. He is survived by his loving wife Patti Lauermann, a son Kyle M. Lauermann, and a daughter Keri M. Lauermann, all of Huntingtown. He is also survived by three sisters, Lucy Springer of Bangor, WI, Alice Kendall of Bartlett, TN, and Mary Lauermann of Prince Frederick, MD.