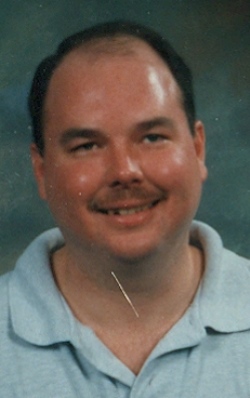 Michael Earl Kunkle, age 45, of Huntingtown, MD passed away suddenly October 28, at his residence. He was born December 14, 1967 in Prince Frederick, MD to Kenneth Russell and Janet O’Neal (Bowen) Kunkle. Michael was a 1985 graduate of North High School. After school, he enlisted in the United States Air Force and served on active duty until 1989 and remained with the Air Force Reserve until receiving a medical discharge in 2012 as a TSgt. He was employed at Andrews Air Force Base as an aviation technician.
Michael enjoyed computers and airplanes and was fascinated with electronics. He was also an avid reader, loved solving rubix cubes and other brain games, and was interested in medieval times. Michael loved wolves, and his favorite pet was his dog, Cree, who was part husky and part wolf. He was a member of Prince Frederick Masonic Lodge 142.
Michael was preceded in death by his mother Janet Kunkle. Surviving are his father Kenneth R. Kunkle and sister Jennifer L. Jones and husband Thomas all of Huntingtown. He is also survived by a niece, two nephews and an aunt and her husband.