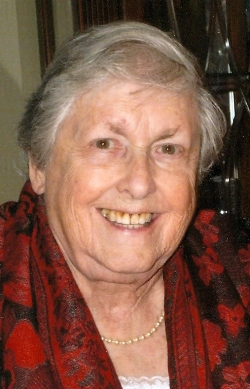 Mernie Elizabeth McDowell Braden, 78, of North Beach, MD, formerly of Lanham-Seabrook, MD passed away peacefully on September 10, 2012 at the Burnett Calvert Hospice House, Prince Frederick, MD after a courageous battle with lung cancer. She was born October 20, 1933 in Luke, MD to William H. and Mernie (Cosner) McDowell. She graduated from Bruce High School in Keyser, WV in 1951. She then moved to Washington, D.C. and worked for C&P Telephone, where she met her husband Charles “Chuck” Braden, Jr. They were married on January 18, 1952. She and Chuck moved to Gastonia, NC, then to Danville, VA before returning to Washington, D.C. in 1955. She began her career with the Department of Agriculture in March 1955 as a clerk typist. In 1957 she and Chuck moved to Lanham, MD. Mernie took a break from working to stay home and raise her four children. During those few years she was employed with the U.S. Postal Service and Citizens Bank of Riverdale. In June 1968, she returned to the Department of Agriculture and retired after 30 years of service on January 1, 1993 as Head Planning and Development Section, Budget and Program Management Staff. Mernie was an avid bowler, loved traveling, and spending time with her family. She was a member of Mt. Harmony United Methodist Church. She was a devoted wife, loving mother, grandmother, great grandmother and a loyal friend.