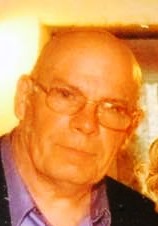 Melvin “Gene” Eugene Moore, Jr., 67, of Bowie, MD passed away October 14, 2016 at his residence. He was born November 17, 1948 in Washington, DC to Melvin Eugene and Doris Elizabeth (Honeycutt) Moore. Gene was raised in Lothian and a 1966 graduate of Southern High School. He served in Vietnam with the United States Army in 1969 and was discharged in 1970. He was employed as an installer with General Automatic Sprinkler Systems until joining Laurel Dodge as a mechanic in 1983. He attended Chrysler Viper School in Tennessee in 1997 and became a certified Viper Technician. He retired from Laurel Dodge 2013 after 30 years. Gene later worked as a security guard at Bowie Training Center until April of 2015. He enjoyed the outdoors and spent his leisure time hunting, fishing and crabbing.
Gene married the former Mary Virginia Wood in Upper Marlboro, MD. Mary preceded him in death November 1, 2014.
Surviving are his siblings Carolyn A. Trott and her husband Albert of Lothian, MD, Beverly E. Tayman and her husband Tom of Austin, TX, Leonard E. Moore and his wife Janet of Lothian, MD and Margie E. Canter and her husband Howard of Lothian, MD; step daughter Mary Wagner and her husband Andy of Crofton, MD; grandchildren Billy, Ricky and Michael; and great grandchildren Kloe and Kadeyn.
.