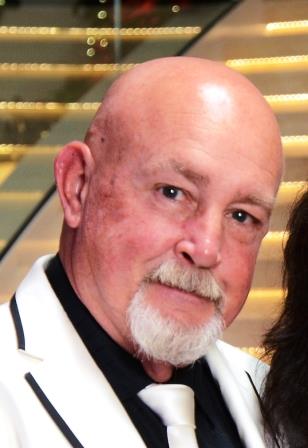 Melvin (Bud) G. Fletcher Jr., 62, of St. Leonard, MD passed away October 28, 2018 at Washington Hospital Center surrounded by his loving wife Debbie, his children (Robert and Buddy), his brother Rodney, and his entire family after a very short 6 week battle with a very aggressive cancer.

On August 18, 2018; Bud married the love of his life and soul mate – Debbie in a private ceremony on Solomons Island. Married on top of Drum Point Lighthouse – Bud and Debbie did it “their way.”

Bud’s pride and joy were his 12 grandchildren and his sons. His traveling, volunteering, and his active participation in the All American Harley Owners Group (HOG) chapter was his passion. His adventures included looking for and painting Kindness Rocks with his wife, cruising, visiting lighthouses, riding his Harley, camping, and spending time with his family and friends.

Bud was known to all around him as a man of esteemed character. His leadership abilities, humbleness, and unselfish acts earned the respect of the many friends he gained everywhere he traveled.

In 1973 Bud enlisted in the U.S. Navy and soon deployed upon a remarkable career. A true sailor, cruising the Atlantic Ocean as a young Gunners Mate Technician on Destroyers and Frigates and advancing through the ranks to retire with the Naval Criminal Investigative Service (NCIS) as a Chief Petty Officer. While a Chief, his leadership was focused upon his sailors, where he propelled his charges to achieve Command recognition at all of his ensuing duty stations. Everyone was a shipmate to this Chief. Bud retired after 20 years of Highly Decorated and Honorable Military Service (Navy Commendation Medal (3); Navy Achievement Medal (2); Sea SVC Ribbon (3); Good Conduct Medal (4); Oversea SVC Ribbon; National Defense Service Medal; Navy Unit Commendation; and Expert Pistol Medal) and a few years later began another 21-year career as a Civil Servant for the United States Government.

Bud carried with him into his Naval Civil Service career a professional dedication to protect the National Security interests of America and get the job done! By now Bud was affectionately known by the family as the “Secret Squirrel.” As the Logistics Director of Aviation Support, he was the one called in when things seemed impossible and Bud would always work tirelessly until a solution was achieved. Bud always put people first, a leader and mentor, but most importantly he was a teacher. Bud strived to position his charges and team to achieve more. He would say, “It’s the people that get the job done,” and Bud took care of his people. Over his 41 years of service; Bud was a Doer and made things happen. He made a lasting impression upon the many lives that had the opportunity of walking with him along his path.

In lieu of flowers, the family also recommends donations be made in honor of Bud Fletcher to the Charlotte Hall Veterans Home, 29449 Charlotte Hall Road, Charlotte Hall, MD 20622 www.charhall.org or the Calvert Marine Museum, P. O. Box 97, Solomons, MD 20688
www.calvertmarinemuseum.com designated for the Maintenance and Restoration of the Drum Point Lighthouse.