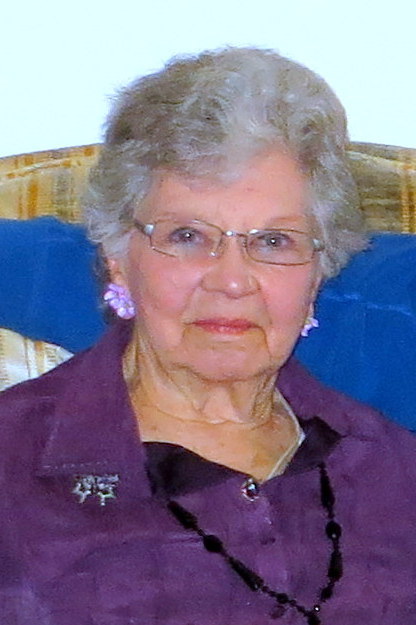 Maryalice Huffman, 92, died peacefully in her home at Asbury~Solomons from complications of pancreatic cancer on November 29, 2015. She was born August 10, 1923 to Charles and Edith (Pearce) Flinner in Ellwood City, Pennsylvania. She relocated with her family to Capitol Hill in Washington, D.C. in 1936, graduated from Eastern High School in 1941 and attended Strayer College until she had to withdraw after the sudden death of her father. She worked at Liberty Bank, owned by the United Mine Workers, and then for the War Production Board until her marriage on June 6, 1945 to Laurin Carl Huffman at Reformation Lutheran Church on East Capitol Street on Capitol Hill where she was a member.

Mrs. Huffman moved to Fairfax, Virginia in 1949 and then to McLean in 1959 where she resided before moving to Asbury~Solomons Island, Solomons, Maryland in 1998. She was a member of Holy Trinity Lutheran Church, Falls Church, Virginia and Middleham + St. Peter’s Episcopal Parish in Solomons. She was a Democratic Election Judge in the Providence and Dranesville Districts in Fairfax County for over 40 years. Mrs. Huffman was deeply interested in other places and cultures throughout the world and entertained foreign ambassadors and diplomats as a member and officer of The Hospitality and Information Service where she was an officer and board member. At Asbury~Solomons she was a member of the dining committee, the stitchers group and she wrote the “Meet Your Neighbor” column for “Riverviews” magazine.

She was an avid traveler and loved to share that she and Mr. Huffman visited their 50th state (the 50th state, Hawaii) to celebrate their 50th anniversary. Her travel destinations included China and India as well as various cities and countries in South America, Europe, Scandinavia, and Africa.