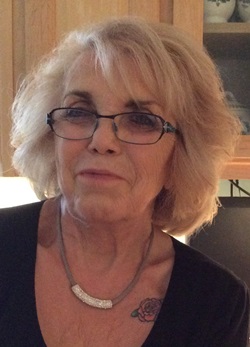 Mary Virginia Moore, 71, of Bowie passed away November 1, 2014 at Anne Arundel Medical Center in Annapolis. She was born October 4, 1943 in Washington, D.C. to Richard M. and Pearl Violet (Boley) Wood. Mary was raised in Anacostia and attended Chamberlain High School in the District. She was employed by Super Giant as a department manager in Lanham and Bowie, and worked for Berson and Wolf Opticians in Arnold for seventeen years. Mary was later employed as an assistant in a dermatology office in Bethesda, and has been retired since 2012. She was a member of the Crownsville Moose Lodge. She loved attending family parties and gatherings going shopping and to Starbucks. She will be remembered for always helping others.

Mary was preceded in death by her parents and a sister June Johnson. She is survived by her husband Melvin Eugene “Gene” Moore and daughters Mary C. Wagner and husband Andy of Crofton, MD and Elizabeth M. “Beth” Smith and husband Rick of Surprise, AZ. Also surviving are grandchildren Billy Goode and Ricky and Michael Smith, great-grandchildren Kloe and Kadeyn Goode, all of Surprise, AZ, sisters Myrtie Musgrove of California, MD and Cathy Bentley of Bowie, MD and her dog Sammy.