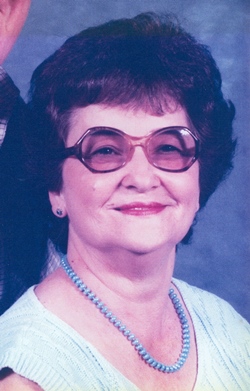 Mary Virginia Sears, age 88, of Owings, passed away May 8, 2014 at St. Mary’s Hospice House in Calloway. She was born in Calvert County on September 13, 1925.to William Melvin and Laura Mae (Sears) Phipps. Mary was raised in Friendship and attended local schools. In August of 1943, she married William Lee “Billy” Sears in Forestville, and they made their home in Paris and moved to Owings in 1959. Mary worked for the National Geographic Society in Rockville, and later as a postal clerk at the Owings Post Office and retired in the late 1980’s. Mary was a member of Mt. Harmony United Methodist Church and was a former member of the choir. She enjoyed watching baseball, listening to blue grass music, traveling with her husband and cooking. Her door was always open with her table set for family and friends.

She was preceded in death by a brother William “Pete” Phipps Jr., son James W. Sears and husband William L. “Billy” Sears. Surviving are a daughter in law Nancy Lee Sears of Lusby; grandsons James W. Sears, II “Billy” and his wife Tracy of Lusby and Phillip S. Sears and his wife Shannon of St. Leonard. She is also survived by great grandchildren Cody, Kyle, Kelsey, Kylie and Sammy Sears.; and sisters Alverta Johnson of Prince Frederick, Emily Dake and her husband Gaylord of Missouri and Cecile Howard and her husband Malcolm of West Virginia.