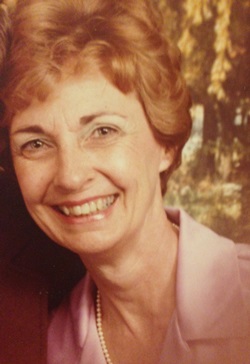 Mary Smith Mallonee, 86, of Conway, SC passed away March 18, 2015 at Agape Senior Care of Conway. She was born January 1, 1929 in Forestville, MD to Charles Nicholas and Mary Edna (Lawson) Smith. Mary was raised in Forestville and graduated from Maryland Park High School in 1946. After high school, she was employed as a secretary for the Department of Agriculture. She married Robert William Mallonee on February 17, 1950 and they lived in the Forestville area. Mary was primarily a homemaker and also a substitute teacher for Prince George’s County Schools. She and Robert moved to Churchton in 1984 and Mr. Mallonee passed away in 1987. In 2005, she moved in with her daughter in Owings. Mary attended Christ Church in West River and also St. Paul’s Episcopal Church in Prince Frederick. She enjoyed reading, walking with her friends at the Calvert Pines Senior Center and spending time with her family.

Mary was preceded in death by her husband, Robert W. Mallonee, Sr. and brothers Everett, Charlie, Fred, Van and Eddie Smith. She is survived by a daughter Kay Muscolino and husband Frank of Loris, SC, and sons Billy Mallonee and wife Linda of Crossville, TN and Charlie Mallonee and wife Dawn of Churchton. Also surviving are grandchildren, Stacey Dickens, Chas Anderson, Carrie Nicholson, Christine Jones and David Mallonee, and eight great-grandchildren, and her long-time best friend of 68 years, Betty Hill.