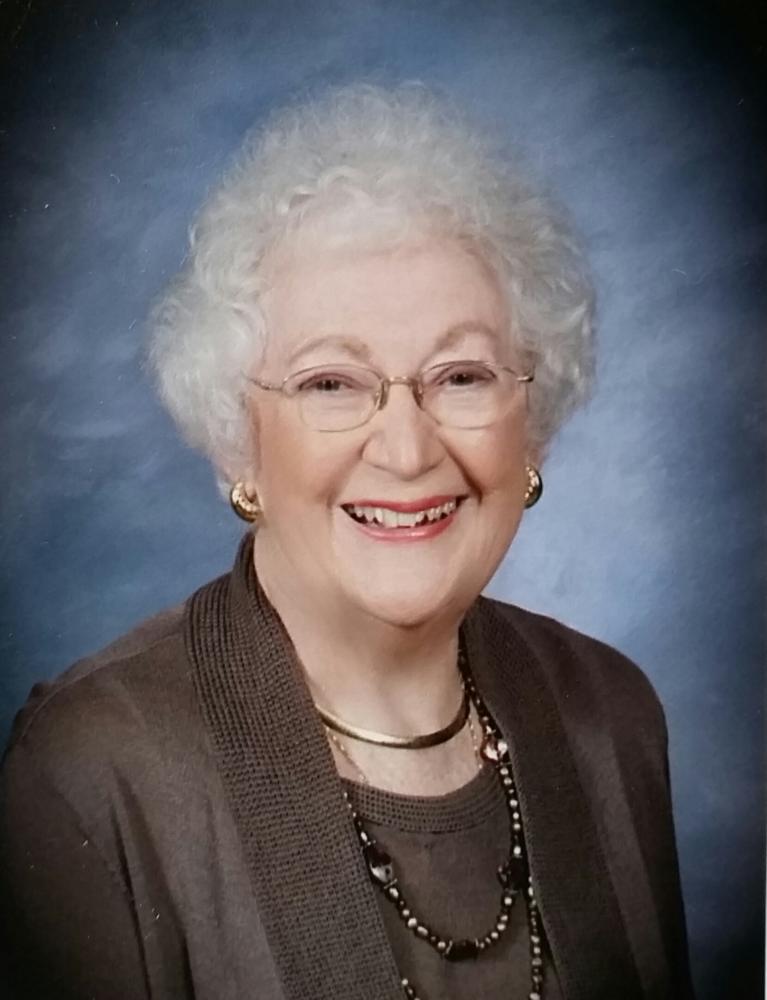 Mary Sanderson Gemeny, 83, of Dowell, MD passed away peacefully at home on April 28, 2016 after a long battle with pulmonary fibrosis. She was with her family and husband of 62 years, W. Gordon Gemeny.
Mary was born in Greensboro, NC to the late Rev. Albert E. Sanderson (last parish at Christ Episcopal Church in LaPlata, MD) and Esther Burgess Sanderson. Mary’s only sibling, Albert E. Sanderson, preceded her in death in 2006, also dying of pulmonary fibrosis.
Mary is survived by her three children, Steven E. Gemeny of Finksburg, MD, Michael W. Gemeny of Hyattsville, MD, and Amelia Gemeny West of Parkton, MD, and seven grandchildren, Sara, Kaitlyn, and Andrew Gemeny; Colin and Taylor Gload; and Sawyer and Sydney West.
Mary attended Hannah Moore Academy (Reisterstown, MD) for three years and graduated from Eastern High School in Washington, D.C. She attended Wilson Teachers College and then the University of Maryland College Park where she studied Art and Design. She married W. Gordon Gemeny Nov. 7, 1953, a marriage lasting over 60 years. Together they imported British sailboats, “Westerlys”, and showed them in boat shows in both D. C. and Annapolis. Mary did the interior decorating on all of the boats, including sewing custom curtains and pillows.
Mary enjoyed being a stay-at-home-mom and homemaker. She was an avid crafter: crocheting, knitting, sewing, quilting, spinning wool, egg decorating, and ultimately oil painting. At the age of 76, after a 30-year gap, she began taking art classes at Annemarie Sculpture Garden & Art Center in Dowell, MD near her home. She studied under an instructor who was trained at the Shuler School of Fine Arts in Baltimore, MD. and became an accomplished artist during the last decade of her life. She loved to paint animals, landscapes, and still life.
When Mary wasn’t painting, she loved gardening and the great outdoors. She also enjoyed collecting, especially antique dolls, antique furniture, lace, and anything handmade or that caught her fancy. She especially loved dollhouses, doll house furniture and dolls, and often would decorate the entire dollhouse.
Mary enjoyed boating and being around the water. She had taken many boating courses enabling her and her husband to take their powerboat “Camelot” up and down the intercostal waterway many times, living on board while wintering in Florida. Later on they decided to travel by motor home instead of a boat, and finally bought a small home in Fort Myers, FL, which she and her husband enjoyed for six winters.
Mary especially enjoyed family gatherings, holidays, birthdays, and special events with children and grandchildren. She was a real animal lover, always having pets in their home, adopting ones who came to the door and ending with two wonderful rescue dogs found at local shelters. The first, Pepper, lived 15 years, traveling everywhere with them, including on their boat. Then Chu-Chu who was a real lapdog and a constant companion who served as their “ears” alerting them to doorbells, telephones, and food timers and would be relentless until they checked it out.
In 2007, Mary and her husband planted a vineyard at their family farm in Brandywine, MD (Gemeny Farms) in hopes of setting an example for other small farms in Southern MD that used to grow tobacco and now might need an alternative crop—why not try grapes? Mary and Gordon’s dream was to have a winery on the farm and to help establish a Southern Maryland Wine Trail. The farm has been in the family since 1897, and the Gemeny Farms Winery & Vineyard will be opening soon!
All who knew and loved her will miss her kindness and warm smile. In lieu of flowers, which she loved, donations may be made to the SPCA (or any animal rescue of your choice), Middleham & St. Peter’s Episcopal Church at 10210 H G Trueman Road, Lusby, MD. 20657, or as Mary herself said, “just buy a bottle of wine and share it with a friend”.