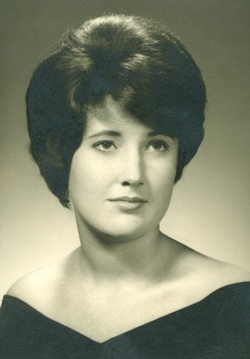 Mary Phelan Spicknall, 69, of Dunkirk passed away August 10, 2015 in Annapolis, Maryland. Mary was born December 7, 1945 in Washington, D.C. to Edward Joseph and Sylvia Marie (Johnson) Phelan. She was raised in College Park and graduated from University of Maryland in 1967 with a B.S. in education. She later took graduate courses at Brown University. Mary was an elementary school teacher in Providence, RI, and later a substitute teacher in Calvert County. Following her marriage to Charles G. Spicknall, III she resided in Calvert County. In her early years, Mary spent the summers in Ludlow, VT, and later Epping Forest in Annapolis as well as Ludlow. Ludlow held a special place in Mary’s heart and she would return often with her family and friends. She was an avid reader and was always interested in history; she also enjoyed spending time with her family, and vacations to the beach with family and friends. Most of all, Mary was a devoted mother and grandmother that never missed an opportunity to talk about her sons and their families.

She was preceded in death by her parents and brothers Michael James and Mitchell Edward Phelan. Mary is survived by her husband Charles G. Spicknall III of Dunkirk, and sons Charles E. “Ted” Spicknall and wife Carol of Prince Frederick, Justin M. “Matt” Spicknall of Germantown, and Patrick A. “Andy” Spicknall and wife Saira of Bethesda. Also surviving are grandchildren Hayley Brooke, Cassidy, Samantha, Noah, and Adam Spicknall.