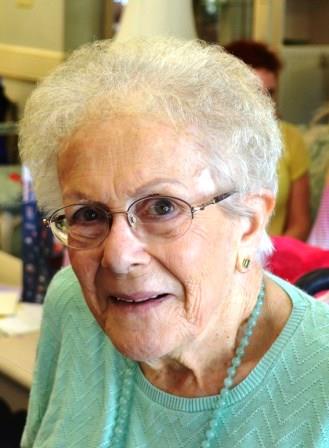 Jan Beil passed away on August 5, 2017 at Calvert Memorial Hospital. She was born on June 4, 1935 in Youngstown, Ohio to William Francis Beil and Elizabeth Mary (Miglets) Beil. She is survived by her brother James and wife Pat of Merritt Island Florida, her sister Barbara Richards and husband David of Rockledge, Florida, and ten nieces and nephews and their families.

Miss Beil earned a BA in Nursing from St. Louis University, an MPH in Public Health Nursing from the University of North Carolina and an MA from Oklahoma University. She served as a nurse in the US Air Force from 1967 to 1987, retiring as a Lt. Colonel with a Meritorious Service Medal, an Air Force Commendation Medal, and several service medals from her tour in Vietnam. She then worked as a nurse at the Smithsonian Institution in Washington, DC from 1987 to 1997. She was a member of Beta Sigma Phi Sorority and a Girl Scout leader for over 15 years.

Miss Beil was most proud of her years in the Air Force, serving her country with a deep feeling of patriotism. She was a devout Catholic and spent 12 years in a convent, where she became a nurse. She had a joy for learning, reading and traveling. She loved her dogs, crossword puzzles and cross stitch embroidery.