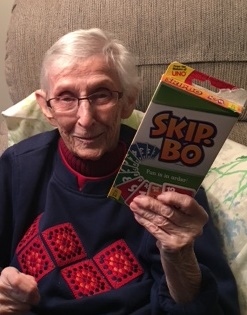 Mary Janet Weiss, 93, of Prince Frederick, MD passed away September 17, 2017 at her residence surrounded by family. She was born January 3, 1924 in St. Clair, PA to Raymond and Mary (Devine) Rubright. She married Joseph Peter Weiss in 1956 in St. Clair and the couple moved to College Park, MD. Mary later moved to Prince Frederick with her daughter in 2004. Her most cherished moments were sharing life with family and friends. When living in College Park she was a member of Berwyn Heights Seniors Club. Mary enjoyed traveling and attending concerts, shows and plays.

She was preceded in death by her husband Joseph P. Weiss in 1987, a son Francis J. Weiss in 1986 and siblings Elizabeth Mengle, Thomas Rubright and Emma Stosilvage. Surviving are a daughter Diane Cookson and her husband Daniel of Prince Frederick, MD; son Joseph Weiss and his wife Denise of Millersville, MD; grandchildren Michelle, Stephen and Janet and several nieces, nephews and cousins.

Friends may call on Wednesday, September 20, from 6-8 P.M. at Rausch Funeral Home, 8325 Mt. Harmony Lane, Owings, MD. A Mass of Christian Burial will be celebrated on Thursday 11:00 A.M. at St. John Vianney Church, Prince Frederick, MD. Interment will be held at Gate of Heaven Cemetery, Silver Spring, MD on Friday September 22 at 10:30 AM. All are welcome to attend the interment service of committal at the cemetery.
.