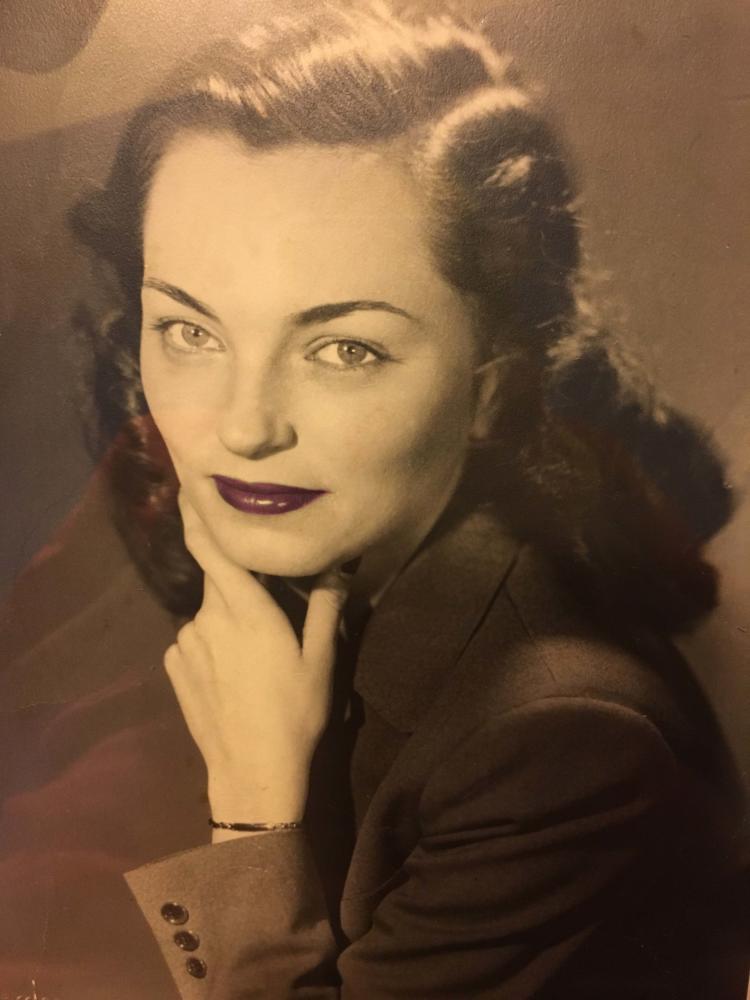 Our parents were fortunate to have each other into their nineties. So were we, their children – Stevie, Tina, Rick, Theresa, Dan and Maureen.

Mary Jane Gorman was born on February 10, 1924 to Stephen Ambrose Gorman and Mary Elizabeth O’Hagan Gorman in Washington, DC. She was a sister to Steve, Rose Ann and Joe. Their father died when our mom was 11 years old and her youngest brother Joe was 2 years. Our mom credited her own strength to her mother’s success at raising a family as a single parent in the 1930’s, while leading the family business, which continues today as Southern Utilities.

Our mom worked briefly as a model in New York City before becoming homesick and returning home, for which we are grateful, as she met our father while she worked at Georgetown University. “Jane & Dick” became a family when Mary Jane married Richard McGuire Auld, a returning WW11 veteran, on June 11, 1949 at St. Ann’s Church in Washington, DC. They started their family of six children when Dick was at Johns Hopkins Medical School and later raised their family in Bethesda and Rockville where our mom was the accountant to our dad’s pediatric practice. They retired first in Charlottesville, VA and then Solomons, MD.

Our mom loved the Washington Redskins, painting, a good game of bridge with girlfriends, black licorice, hummingbirds, dogs – preferably big dogs, and her family, although not necessarily in that order. She and our dad saw all of their grandchildren reach adulthood and were most proud that their family gathered together for Auld family reunions over the years.

Jane was preceded in death by our father in March of 2016, our brother Dan in November of 2016 and her brothers Steve and Joe. Our family is indebted to the loving care provided by the staff at Asbury of Solomons and family friend, Shawna Rubenstahl.

A celebration of her life will be held this summer at Arlington Cemetery.