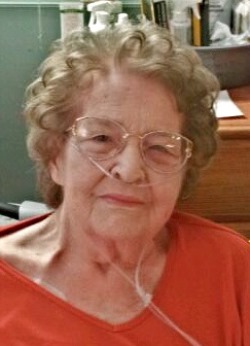 Mary Jane Cochran, 79, of Great Mills passed away February 4, 2014 at Anne Arundel Medical Center in Annapolis. She was born June 11, 1934 in Radford, VA to John Henry and Juanita (Coalson) Brown. She was raised in Radford and graduated from Radford High School in 1953. She married William Edward Cochran on August 24, 1949. Bill served in the Air Force, and they traveled and lived all over the United States and abroad. After his retirement in 1971, they settled in Lothian, and have lived in St. Mary’s County since 1993. She was a member of First Baptist Church of Upper Marlboro. Mary was primarily a homemaker, and her life revolved around her husband and children. She loved taking care of her family, and also enjoyed reading and sewing.