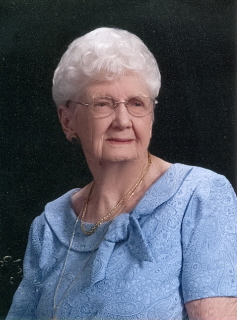 Mary Frances Tayman, age 93, passed away April 8, 2012 at Lorien Columbia Nursing Center, Columbia, MD. She was born June 2, 1918 in Norfolk, VA to Raymond Wharton and Mary Adelaide (Daly) O’Neill. Her family moved to Washington D.C. when she was a child and Mary received her education in Washington schools and was a 1936 graduate of Eastern High School. She was married to Samuel Z. Tayman, Jr. in Cottage City, MD on August 19, 1939. The couple resided in Cottage City and Seabrook, MD before moving to Huntingtown in 1980. Mary was employed as telephone operator with the former C & P Telephone Company. She later was employed as a switchboard operator with the U.S. Government and retired from the NASA’s Goddard Space Center of in 1974.

Mary was a former member of Lanham United Methodist Church where she taught Sunday school and later became superintendent of the Sunday school. Mary has been a member of Huntingtown United Methodist Church since 1980. She was a member of the Methodist Board of Child Care. She was an American Legion Auxiliary member for 67 years with Colmar Manor Post and most recently with Post 85 in Huntingtown. She volunteered more than 1,300 hours at Calvert Memorial Hospital.

Mary was preceded in death by her husband Samuel Z. Tayman, Jr. on March 1, 1993 She is survived by two daughters, Barbara Lynne Tayman on Arnold, MD and Margery Lally of Columbia, MD; a son Samuel Z. Tayman III and his wife Janet of Huntingtown, MD; eight grandchildren and twelve great grandchildren.