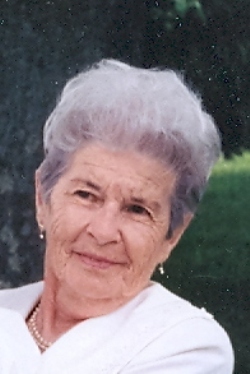 Mary Eleanora Nutwell, age 88, a life long resident of Deale, MD passed away June 26, 2012 at Anne Arundel Medical Center, Annapolis, MD. She was born November 15, 1923 in Deale to Alvin Owen and Grace Violetta (Rogers) Phipps. Mary attended Anne Arundel County schools. She married Ralph Coleman “Peter” Nutwell on April 12, 1942. Eleanora worked for Wheeler Hardware for many years and later owned and operated the store. When she sold the hardware store she wasn’t quite ready to retire, so she went to work as a clerk at High’s.
She was a member of the Deale Volunteer Fire Department Auxiliary.
Grama Ellie, as she was known in the neighborhood, was loved by all. She was an excellent cook and enjoyed sharing her famous chocolate cake and sugar cookies with her great nieces and nephews and the neighborhood children.
She was preceded in death by her beloved husband Ralph C. “Peter” Nutwell on March 20, 2005 and a sister Marie Hardesty on September 15, 2010.
Surviving are a sister Betty Brown of Deale, MD; nephews Robert L Brown and his wife Katie of West River, MD, E. Glenn Brown and his wife Sheila of Reva, VA , Richard Hardesty and his wife June of Deale, MD; nieces Kathleen Wilkerson and her husband Spot of Tracy’s Landing, MD and Frankie Marshall of Ft. Myers, FL.