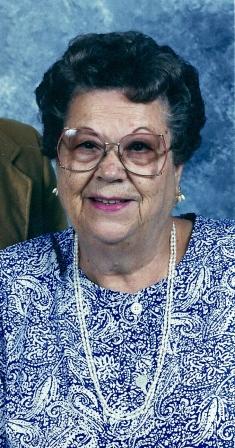 Mrs. Koslofsky was employed as a telephone operator and also worked as a waitress at Chesapeake Ranch Estates. Her hobbies included cooking, playing cards and bingo. She also enjoyed spending time with her family and many friends.

The family will receive friends at Our Lady Star of the Sea Historic Catholic Church, 90 Alexander Lane, Solomons, MD on Wednesday, March 20 at 10:00 AM, where a Mass of Christian Burial will be offered at 11:00 A.M. with Monsignor Michael Wilson officiating. Interment will follow in the church cemetery. Pallbearers will be Jeff Koslofsky, Michael Koslofsky, Johnny Gott, Patrick Langley and Michael Phifer.