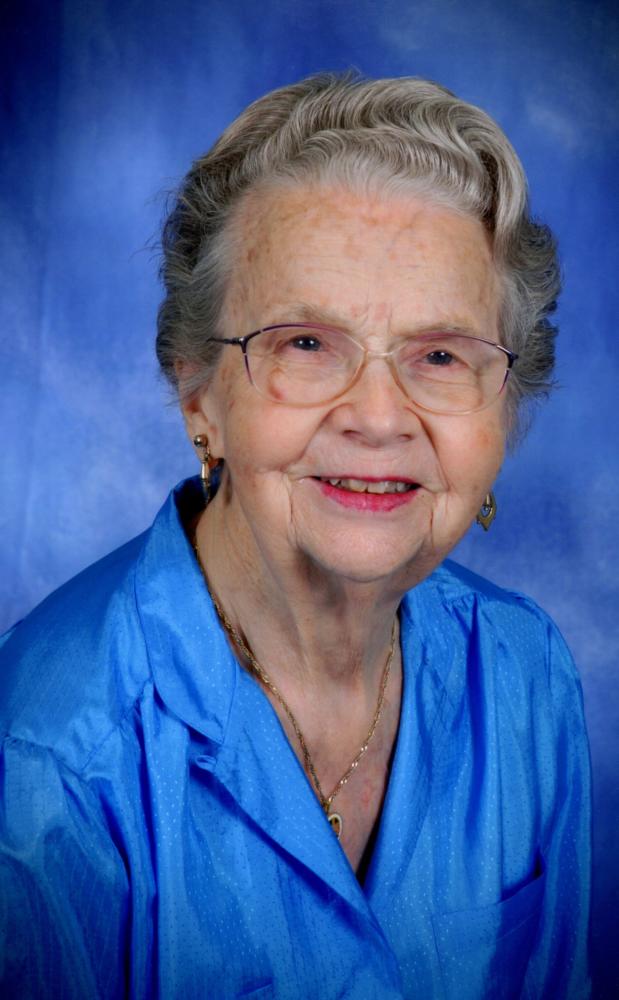 Mary Catherine Shannon, of Adamstown, Maryland, passed away November 12, 2015 in Solomons, Maryland.
Mary was born in Adamstown, Maryland to Lawrence and Mary Fry on August 31, 1925. She graduated from Frederick High School in June 1942. She continued her education at Frederick Visitation Academy Business School as well as completed additional college courses at Charles County Community College. During World War II, she worked at the Everedy Company. After World War II, she worked at the U.S. Government General Accounting Office.
She raised six children and served at various churches with her husband, Jim, as a Pastor’s wife. The two served eight churches during this period, including Huntingtown-Emmanuel Charge, Hollywood, and Trinity United Methodist Churches in Southern Maryland. Mary also worked in various teacher’s aide positions at Calvert County Public Schools, and a number of clerical positions in Calvert and Frederick County. For several years, she welcomed newcomers and visitors at the Calvert County Chamber of Commerce Visitor Centers. In addition, she was a lifelong care giver as well as a longtime volunteer for various church and charity organizations, including Calvert Hospice where she received awards honoring her volunteer work in both 1994 and 2004.
When asked what brings her joy, she responded “Life, Love, and God.” During her more than 17 years residing at Asbury-Solomons, she loved to take walks along the Patuxent River, and performed many volunteer functions. She was the pianist for the Health Care Center sing-a-longs, the “Keep-in-touch person” for her closest neighbors at Asbury, and a devoted visitor to other residents at Asbury-Solomons Health Center.
Mary was a lifelong singer and musician who played the clarinet and piano. As a young woman, she was a member of the community band in Frederick, MD, which played at church and other town functions. She played music and hymns for church services at her retirement community for more than a decade.
Mary is preceded in death by her husband, Rev. James L Shannon; her parents, Lawrence and Mary Fry; and two brothers, Ralph and Howard Fry.
Mary is survived by her sister Lois Tyson of Frederick, Maryland, and brother, Lloyd Fry of Bel Air, Maryland; children Steve and wife Barbara of Biddeford, Maine, Greg and wife Virginia of Laurel, Maryland, Jeff and wife Terry of Huntingtown, Maryland, Kathy and husband Mike of Port Republic, Maryland, Mark and wife Christy of Rockville, Maryland and John and wife Lisa of St. Leonard, Maryland; grandchildren Megan and husband Dimitri Michaud, Christopher and wife Jessica Shannon, Sally and husband Paul Anderson, Kristina and husband Pete Santos, Jonathan, Rachel, Samuel, Jackson and Kelly Shannon; great-granddaughter Elodie Michaud; eight nieces and four nephews; three step-grandchildren; ten step-great grandchildren; and three step-great-great grandchildren.
The family wishes to extend their gratitude to Mary’s many friends, the caring residents and staff at Asbury-Solomons, and the Calvert Hospice- Palliative and Medicine for their support in her final days.