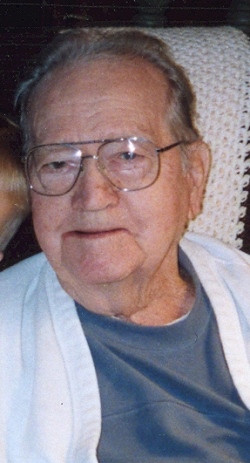 Marvin Hubert Vann, 94, of Lothian and formerly of Ft. Valley, VA passed away August 3, 2014 at his residence. He was born in Middletown, VA to Edward F. and Laura M. (Mauck) Vann. Marvin was raised in Seat Pleasant, and attended public schools. He was employed as a bus and street car operator for D.C. Transit. Marvin enlisted in the United States Army on June 24, 1944 and honorably discharged October 29, 1945 as a Sergeant. While serving, he was stationed overseas and received the EAME Campaign Medal with 3 Bronze Stars and the Good Conduct Medal. He was married to Ruth Vann, who passed away in 2000. He then married Linda DeVaughn and they lived in Ft. Valley, VA until moving to Lothian in 2012. Marvin enjoyed the Virginia mountains, being outdoors, cutting grass, gardening and landscaping. He also loved spending time with his family, especially his grandchildren.