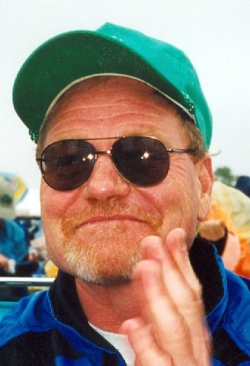 Mark David Cox, age 58, of Laurel, MD passed away August 23, 2013 as a result of an automobile in North Carolina. Mark was returning from his nephews’ graduation from Marine Basic Training in Parris Island, SC. He was born July 27, 1955 in Prince Frederick, MD to Jep Hugh and Virginia (Jones) Cox. He graduated from Calvert High School and received a BA in History from St. Mary’s College of Maryland in 1978. Mark was employed as an estimator with American Asphalt Paving Company of Baltimore for many years.
Mark was preceded in death by his brother Larry Hugh Cox and his father Jep Hugh Cox. He is survived by his mother Virginia Jones Cox of Prince Frederick, MD; a sister Cheryl Lynn Cox; brothers Geary Alan Cox and Timothy Jep Cox, all of Chesapeake Beach, MD and several nieces and nephews.