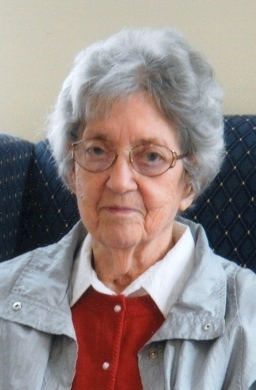 Marjorie Lee Parker, 90, of Chesapeake Beach passed away May 4, 2015 at Calvert Memorial Hospital.She was born November 25, 1924 in Danville, VA to Bertha Mae (Smart) and Charles Emmet Breeden. She moved to the Bethesda area at a young age and attended Janey Elementary in DC, Bethesda Elementary, Leland Junior High, and Bethesda Chevy Chase High School. She married Clarence Parker in 1940 and they made their home and raised their family in Bethesda. She was primarily a homemaker and after her children were grown worked in the Montgomery County Public School Libraries for a number of years. After retirement, she and her husband spent time in their homes in Silver Spring, Chesapeake Beach and Florida.
She was a devout Christian, an avid reader and enjoyed spending time with her family in person and on the phone. Ginger, her dog, was her constant companion.

Marjorie was preceded in death by her husband of 71 years, Clarence Parker, in 2012, sister Margaret Pond and brother Lonnie Lewis. She is survived by daughter Shirley M. Hallam and her husband Bill, of Huntingtown and sons Douglas W. Parker and his wife Susan of Tillamook, Ore, and Donald G. Parker and his wife Nicoline, of Sykesville, grandchildren, Tracy Oley, Daniel Hallam and Johnny and Roger Byington; four great-grandchildren and three great- great-grandchildren. She is also survived by a sister, Mary Fields of Myrtle Beach, SC