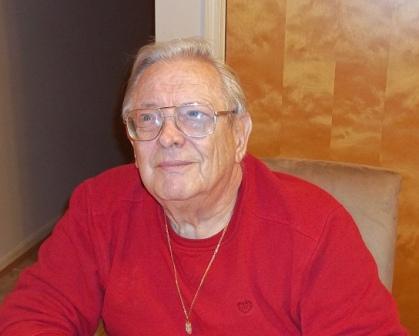 Marion Frank McCracken, 74, of Port Republic Maryland joined the Lord on April 17, 2012. He was born on January 12, 1938 in Canton, North Carolina to Frank and Bridget McCracken. He enlisted in the United States Air Force and served for 4 years. After his discharge, he became a Montgomery County police officer. He moved to Asheville, North Carolina and began his career with the Hartford Insurance Group. He worked in numerous offices as a claims manager. After 30 years of service he retired and enjoyed spending time with family and friends. In 2001 he joined the First Baptist Church of Calvert County and found a family that offered him fellowship and a great love of the Lord.
Frank was preceded in death by his parents and his sister, Mary Louise. He is survived by his wife, Eulah Rhea, daughter Rhea and her husband Ray Jernigan of Lagrange NC, daughter Mary Debrito of Port Republic, MD, 5 grandchildren and 4 great grandchildren.
The family will receive friends from 10:00 to 11:00 AM at First Baptist Church of Calvert County in Prince Frederick on April 23. A memorial service will follow at 11:00 AM.
Memorial contribution may be made to First Baptist Church of Calvert County, P. O. Box 778, Prince Frederick, Md. 20678 to support Kevin Barber’s mission trip to the Ukraine.
Arrangements provided by the Rausch Funeral Home of Port Republic, MD