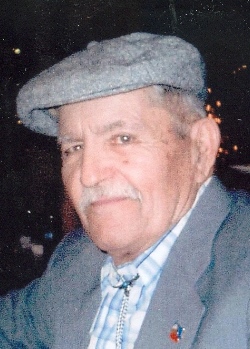 Marion Andrew Majors, 86, of Owings, MD passed away July 18, 2013 at Calvert County Nursing Center in Prince Frederick. He was born October 2, 1926 in Washington, D.C. to Edward Marion and Margaret Alberta (Cusic) Majors. Marion was raised in D.C. and graduated from Chamberlain Vocational School. He was employed as a baker for Wonder Bread for thirty years, and later worked part time at gas stations in Washington, D.C. Marion lived in Brandywine, Capitol Heights, and Cedarville, MD, and has lived with his sister in Owings for the past year. He was a member of the Elks Lodge in Waldorf, the Moose Lodge in Upper Marlboro and the American Legion. In his leisure time, Marion enjoyed fishing.

Marion is survived by sons Thomas Majors and James Majors and wife Shirley, all of Jacksonville, FL, a daughter Judy Majors Hall and husband Doug of Georgia, and several grand and great-grandchildren. Also surviving are a sister Margaret E. “Betty” Dean of Owings, a brother Lawrence P. Majors of Berlin, MD and several nieces and nephews.