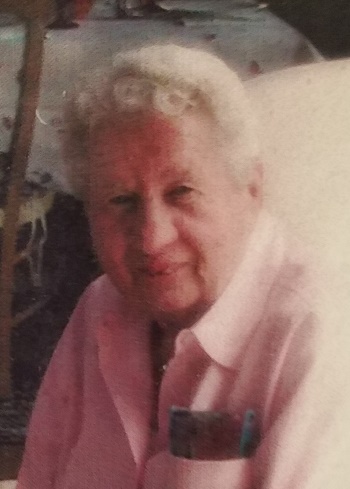 Marie Louise LeBark, 91, of Owings passed away January 27, 2017. She was born October 25, 1925 in Washington, D.C. to Louis Raymond and Marie (Springer) LeBark. Marie was raised on a farm in Upper Marlboro where she had to work extremely hard in the tobacco fields. Amazingly, however, she developed a great love for farming. In her adulthood, Marie was one of the first women farmers to receive a grant from the state of Maryland, allowing her to buy her own farm in Calvert County. Marie later worked at the Huntingtown compacter site for many years. She ruled there with an iron fist, but so enjoyed her interactions with the people who came there, especially if they turned a bit confrontational. Marie was a faithful parishioner of St. John Vianney Catholic Church. For decades, she unlocked the church early on Sunday mornings, only stopping when her driving got a bit out of hand. She considered Father Daly one of her closest friends. She will be missed by many who saw past the gruff exterior and her favorite curmudgeonly ways. She had a big heart and lots of love to give. She truly broke the mold.

Marie was preceded in death by her sister Anna Prout. She is survived by her brother Raymond LeBark of Prince Frederick, her beloved cousins: from France, her cousin Raymond Le Barh, his wife, Marie Claire, daughter Catherine and her daughter Margaux, and son Christophe and his daughter Rafaelle and a son. From Germany, her cousin’s wife, Ursula and his son Stephan Paule. Marie was very proud of her European heritage, and held close ties with all of her cousins abroad.