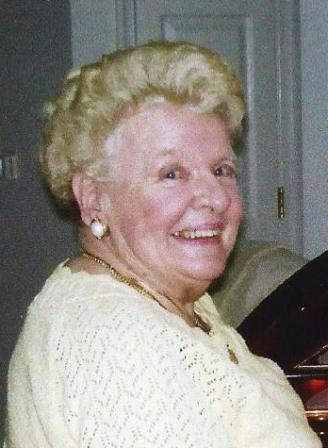 Marie Katherine Thomas, 89, of Solomons, MD formerly of Silver Spring and Mt. Airy, MD passed away on March 27, 2013 in St. Mary’s Hospital, Leonardtown, MD. She was born in Syracuse, NY on December 13, 1923 to the late John Wesley White and Anna Lucy Cross White. She was the beloved wife to the late Lester G. Thomas who passed away on February 20, 1989.
Marie graduated from Central High School, Washington, D. C. in 1941 and the University of Maryland in 1945. She was a Judicator for the United Mine Workers for thirty eight years. Marie was a member of the Takoma Park Order of the Eastern Star for sixty years, having served as Past Worthy Matron and she was also a member of Argyle Country Club, Silver Spring, MD. She was an avid golfer who scored two holes in one. Marie loved her cats and is survived by Boots and Buster.
Marie is survived by her sister Margie and her husband Ronnie Anderson of Chaptico, MD and nephews John, David, Ronnie, Jr. and Tim Anderson.