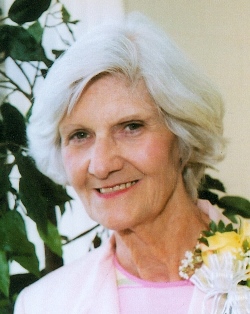 Marie Elizabeth “Betty” Harrison Dorsey, 78, of Owings passed away February 21, 2014 at Baltimore Washington Medical Center in Glen Burnie. Betty was born October 10, 1935 to Griffith and Marie (Deuchler) Harrison in Owings. She attended Fairview Elementary, graduated from Calvert County High School in 1953, and graduated from Fleet Business School in Annapolis. She married Jack T. Dorsey on August 28, 1953 and they made their home in Owings. They had two sons, Jack, Jr. and Dennis M. Dorsey.

Her first job was with Nationwide Insurance in Annapolis. Later, she was employed by USDA Soil Conservation Service, working with the Calvert, Anne Arundel, and Prince George’s County offices for several years. For health reasons, she retired and later volunteered at Anne Arundel Medical Center. She was a member of Friendship United Methodist Church, transferring from Mt. Harmony after her marriage. She was a life member of Beta Sigma Phi Sorority, a member of the Ladies Auxiliary of Deale Elks Lodge, and a friend in the Circle of Friendship. She enjoyed music, theatre, the beach, travel, baseball, and chocolate. Her hobbies were sewing, gardening, cooking and her grandchildren.

Betty was preceded in death by her parents and a son Jack T. Dorsey, Jr. She is survived by her husband, Jack, and a son Dennis M. Dorsey and wife Alyson of Owings. Also surviving are grandsons Jack T. Dorsey III and wife Leslee of North East, MD, Drew H. Dorsey, Krysta B. Dorsey, and Darren M. Dorsey, all of Owings; great-grandchildren Anna Marie and Ella Jane Dorsey; sisters Joan P. Wood and husband Frank of Huntingtown, and A. Estelle Brendle of Charlotte, NC, and a brother Griffith N. Harrison, Jr. and wife Diane of Huntingtown.