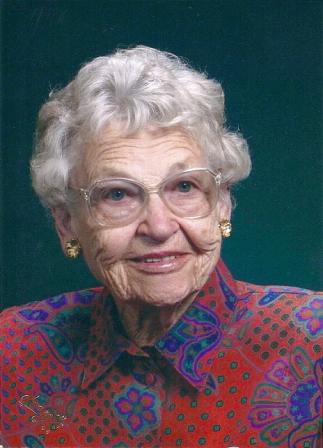 Margaret Lorene Grover Ward, 97, of Lusby, Maryland passed away at Calvert County Nursing Center on April 12, 2013. She was born on February 1, 1916 on Strathmore Farm in Solomons to the late Eva Garner Grover and Wilbur Grover. There were eight children in the family; being the oldest daughter she assumed many of the household responsibilities. From an early age she was called “Sissie” by her siblings and later “Aunt Sissie” by nieces and nephews. When her first sister-in-law joined the family she nicknamed her “Sarge” because of the way she ran the household. She resided in Calvert County her entire life. On September 14, 1940 she married Thomas (Jimmy) Ward. Margaret was a member of St. Paul United Methodist Church faithfully serving wherever she was needed. She was an active member in many community organizations volunteering many hours to help others. During her lifetime she donated 10 gallons of blood to the Red Cross Blood Bank. Margaret was known for being willing to give a helping hand to anyone who needed it. She was preceded in death by her husband and six of her siblings; brothers Garner (Pete) Grover and William Grover and sisters Sarah Lee McNemar, Edith Mae Gates, Lucille Mackiewicz and Lillian Wilson.
Survivors include her brother, Douglas Grover of Texas; daughter Lorene and her husband Bill Bates of Lusby; grandchildren Jennifer and her husband Joe Hudson, Kristin and her husband Rob Halstead and Billy Bates. She is also survived by her six great grandchildren; Jade and Jordan Hudson, Nathan, Alison and Emily Halstead and Jamison Bates and many loving nieces, nephews, cousins and friends.