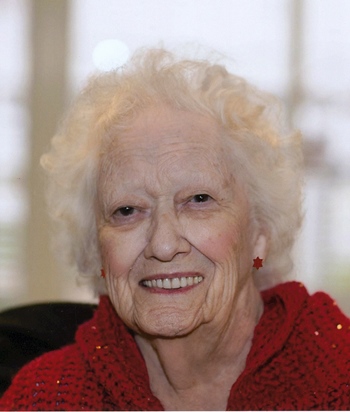 Margaret Julia McKenna, 87, of Huntingtown passed away February 23, 2016 at Calvert Memorial Hospital. She was born July 9, 1928 in Washington, D.C. to Frederick Michael and Margaret Augusta (Watson) Price. Margaret attended St. Francis Xavier and the Immaculate Conception Academy in D.C. She married William McKenna in 1951 and they moved to upstate New York and continued to grow their family, later moving back to Maryland. Upon William’s passing in 1979 Margaret entered the work force as a federal employee with the General Accounting Office and later with the General Service Administration, retiring in 1990 after 20 years of federal service. After raising 11 children and 14 grandchildren Margaret truly enjoyed her solitude. She also enjoyed soap operas, game shows, crossword puzzles, visiting with friends and BINGO at Calvert County Nursing Center. Most of all Margaret enjoyed spending time with her family, especially her grandchildren and great grandchildren.