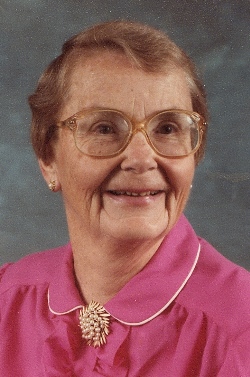 Margaret Clark Smith, 98, a resident of Asbury Solomons Nursing Center and longtime resident of Chesapeake Beach, passed away February 23, 2015. She was born May 4, 1916 in Laurens, SC to James and Minnie (Davis) Clark. Margaret graduated from Towson High School in 1934 and Towson State College in 1938. She obtained her Master’s Degree in 1970 after attending Duke, Johns Hopkins, and Temple Universities, and Loyola College. She was a First and Second Grade Teacher at Arbutus Elementary, and a Reading Specialist at Lansdowne, Relay, Maiden Choice, Catonsville and Hillcrest Elementary Schools in Baltimore County, retiring in June of 1974. Upon retirement, she moved to Calvert County and taught adult education for ten years, and also taught at the Calvert Pines Senior Center in Prince Frederick. Margaret was active with the Girl Scouts for twenty years as a Troop Leader, and counselor and camp secretary at Camp Whippoorwill in Pasadena during the summer months. She also volunteered at Calvert Memorial Hospital. She was a member of Emmanuel U.M. Church and the Calvert Retired Teachers and Maryland State Teachers Associations.

Margaret was preceded in death by her husband, Andrew Jackson Smith, whom she married in October of 1977; a sister Polly Thompson, her twin brother William M. Clark, Sr. and a brother Jay F. Clark; and a niece Charlotte T. Hatcher. She is survived by nephews William M. Clark, Jr. and wife Patty of Asheboro, NC, Richard B. Clark and wife Christine of St. Louis, MO, Fred A. Clark of Greenville, SC, and Clark Thompson and wife Betsy of Mt. Pleasant, SC.