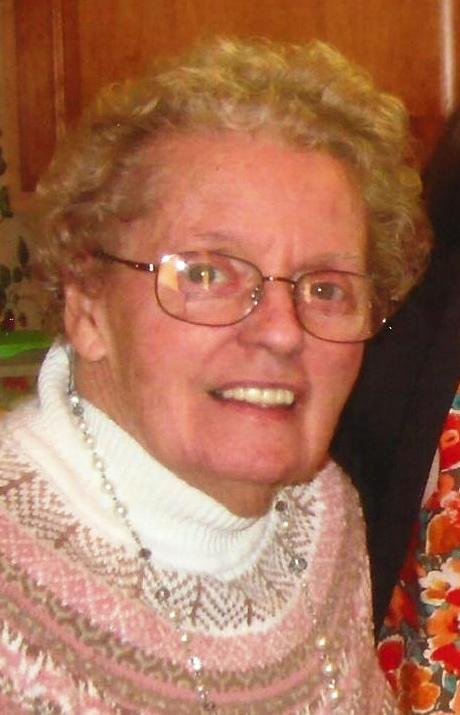 Margaret Agnes Trail, 85 of Lusby, MD passed away on January 18, 2014 at Washington Hospital Center. She was born on December 18, 1928 in Malden, MA to the late Alla M. Carr and Walter P. Rowe. She married Leo Vincent Trail on October 9, 1949 in Washington, DC and he preceded her in death on October 18, 2013.
Margaret graduated from Eastern High School and went on to be a Department Manager for Woodward and Lothrop for over 30 years. She retired in 1985 and moved to Calvert Co. from Hyattsville, MD.
Margaret is survived by her children, Dr. Leo Vincent Trail, Jr. of Bel Air, MD and Cynthia T. McPadden and her husband William of Herndon, VA and 4 grandchildren. She was preceded in death by her parents, husband, and a brother, Walter J. Rowe.
The family will receive friends on Sunday, January 26, from 1:30 – 4PM with a Prayer Service at 2:30 PM in the Rausch Funeral Home, 20 American Lane, Lusby, MD. A Mass of Christian Burial will be celebrated on Monday, January 27, at 10 AM in Our Lady Star of the Sea Catholic Church, 90 Alexander Lane, Solomons, MD with Msgr. Michael Wilson officiating. Interment will follow at Gate of Heaven Cemetery, Silver Spring, MD. In lieu of flowers the family ask for contributions to be made in Margaret’s memory to Our Lady Star of the Sea Catholic, P.O. Box 560, Solomons, MD 20688. For more information or to leave the family a condolence visit www.rauschfuneralhomes.com .