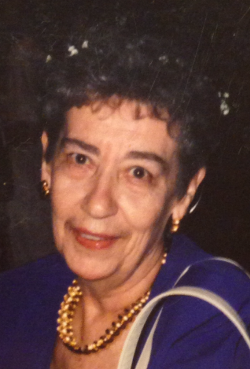 Mae Louise Eads, 87, passed away December 7, 2013 at Genesis Health Care Center in Waldorf, MD. She was born August 9, 1926 in Washington, D.C. to Eugene and Mamie (Fines) Rollins. She was raised in the District, and was employed as a Contract Specialist with the Federal Government at Andrews Air Force Base. She was also a homemaker, raising her three daughters on her own. Mae lived in Morningside, MD until relocating to Owings in 1972. She also lived at the Hermitage Assisted Living in Solomons, and resided at Genesis Heath Care in Waldorf for the past two years. Mae enjoyed cooking, yard work, puzzles, watching her “stories” on TV, and spending time with her family, especially her grandchildren.