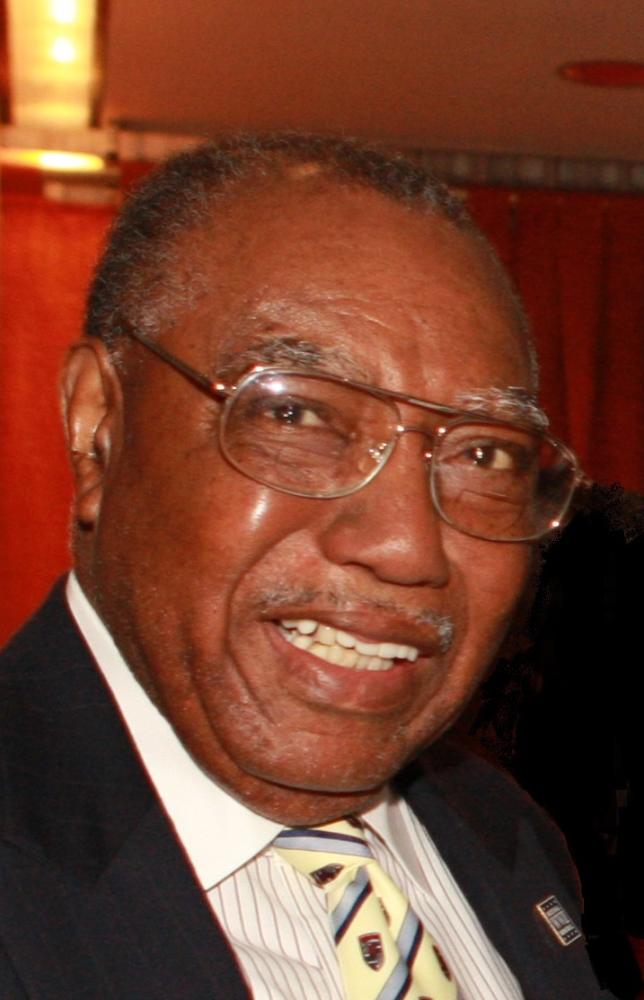 Mack Ester Spencer, 96, of Dunkirk, Maryland, passed away peacefully at Charlotte Hall Veterans Home on April 29, 2020, due to natural causes.

Mack Spencer was born in Eutaw, Alabama on September 8, 1923, the eldest son of the late Curley Spencer and Alice (Coleman) Spencer.  Mack grew up in rural Eutaw and as a teenager moved to Birmingham for a better High School education.  Soon after graduation, he enlisted in the Army to fight in World War II.  He was part of the Normandy Invasion and the Battle of the Bulge, serving under General Patton.  Mack continued to serve in the Korean War.  He made the Army a career for 27 years serving at stations in Germany, France, South Korea, Raven Rock Mountain Complex (RRMC), an underground nuclear bunker near Blue Ridge Summit, Pennsylvania, and Ft. Meade, Maryland.

After retirement from the military in 1970, Mack entered the civilian workforce as the Director of Food Services for the Prince George’s Hospital Center (PGHC), where he was responsible for dietary food preparation for the entire hospital.

Upon retiring from PGHC, Mack continued doing what he loved the most; traveling the world with his family. He and his wife Hanna visited over 75 countries and made three trips around the world.  Mack loved visiting family in Holland on an almost annual basis.  One of their favorite excursions was to spend the Christmas holidays at a resort on Spain’s coastline.  Travel was in Mack’s blood.

Mack grew up attending the United Methodist Church, in which his father was a minister.  Mack continued attending church his entire life to include Shiloh Baptist Church in Washington D.C., Huntingtown Church of Christ, Grace Brethren, and Chesapeake Community Church.

In the community he was heavily involved in Kiwanis where he served in several positions in the Calvert County Chapter, providing educational and support resources for youth locally and internationally.

More than anything Mack loved people, and just talking and sharing.  He would always greet everyone, to include strangers, with a big hello and smile, and often with a gallant kiss on the hand for the ladies.  He was a fantastic storyteller, frequently telling about his travel adventures and the many inspiring people he had met throughout his life.  If you knew Mack, you knew his radiant smile, booming voice, and contagious laugh. He treated everyone he met like family.  Mack’s motto was “Enjoy Life,” which he truly emulated throughout his fulfilling life of 96 years.

Due to COVID-19 restrictions on gatherings and travel, a memorial celebration will be held at a later date.  Rather than receiving flowers, the family would greatly prefer donations to be given to support the community in honor of Mack at https://www.mightycause.com/story/Mackspencer.

I am sorry to hear about Uncle Mack passing. We will miss him at the family gatherings. He was an enjoyable person and would share information about his travels. Travel is what we had in common. Condolences to the family. Rest in Heaven Uncle Mack until we meet again. Your Niece, Dr. Cora Guider Johnson

I am sorry to hear about Uncle Mack passing. We will miss him at the family gatherings. He was an enjoyable person and would share information about his travels. Travel is what we had in common. Condolences to the family. Rest in Heaven Uncle Mack until we meet again. Your Niece, Dr. Cora Guider Johnson