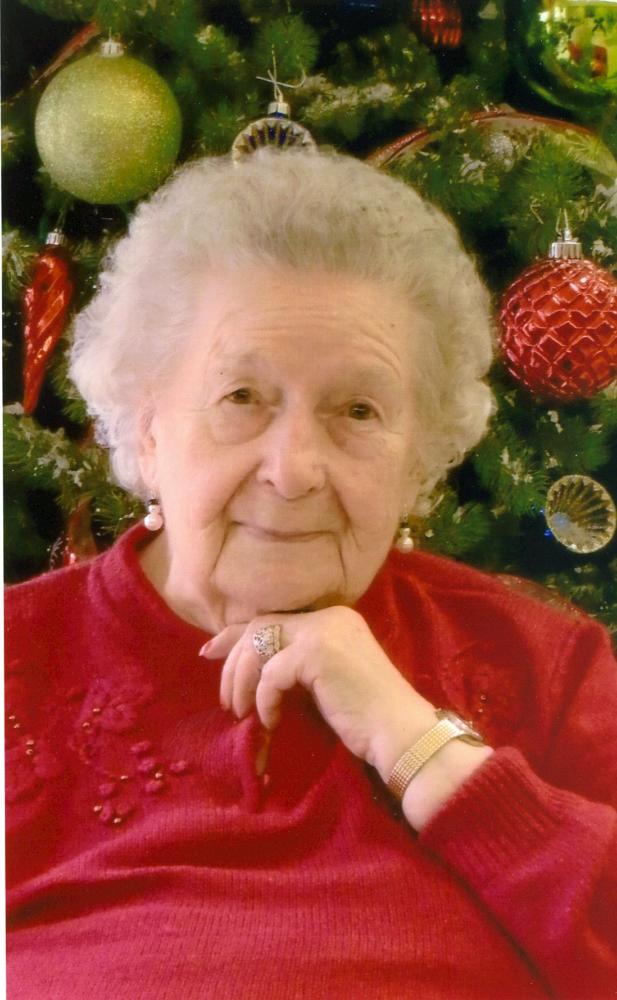 Mabel Ida Garner, age 95, passed away February 12, 2016 at St. Mary’s Hospital in Leonardtown. A resident of Solomons Nursing Center, Ida was previously a longtime resident of Upper Marlboro. She was born April 24, 1920 in Chesapeake Beach to John Wilson and Ida E. (Stallings) King. She was raised in Calvert County and attended the Fairview School. She married Benjamin Garner December 1, 1939 and they lived in Upper Marlboro where she was a homemaker. Her husband passed away in 2001 and Ida moved to St. Leonard to live with her daughter Barbara until moving to the nursing center in Solomons in April of 2012.

Ida was devoted to her family, especially her siblings. She enjoyed Bingo and loved playing card games, especially Pitch and Canasta. She also loved participating in the many activities at the nursing center.

Ida was preceded in death by her husband Ben, her parents, and siblings Ruth Geiman, Mary Old, Lillian Walton, and Calvert and Herbert King. She is survived by daughters Barbara Ridgely and husband Fred of St. Leonard, and Darlene Suit and husband Morris of Huntingtown; grandchildren Skip and Paul Ridgely, Laurie Clarkson, Tracey McKenzie, Sandra Munroe, and Will Suit; 14 great-grandchildren; 4 great-great-grandchildren; sisters Evelyn Donaldson and Mildred Nicholson, and a brother Bobby King.