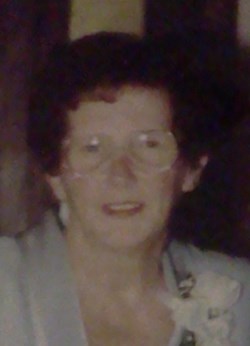 Marjorie Frances Ferguson, 78, of Friendship passed away September 2, 2013 at Anne Arundel Medical Center in Annapolis. She was born August 6, 1935 in Washington D.C. to James Bennett and Inez (DeGarmo) Jones. Frances was raised in Washington and graduated from McKinley High School in 1953. She married Kenneth W. Ferguson on November 1, 1965 in Winchester, VA. She has lived in Anne Arundel County for forty years. Frances was a devoted homemaker and was very involved with her children’s school and athletics. She loved to read and crochet, and enjoyed bowling in her youth. She was a member of the Ladies of the Elks 2528. Frances enjoyed spending time with her family, especially her grandchildren and great-grandchildren.