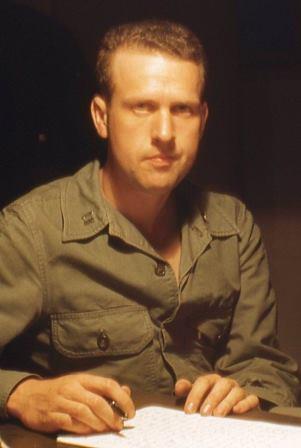 Col Turpyn was born in Rochester, New York, February 22, 1923. He graduated from John Marshall High School in 1939, worked for a land surveyor, IBM and Eastman Kodak Company until entering the Army Air Corps in September 1942.

He graduated from the Aviation Cadet Program in 1943, trained as a B-24 Pilot, and flew 41 Combat Missions as Aircraft Commander of a 10 man crew in China. On their last mission, 3 February 1945, they were forced to bail out. He and 3 crew members were captured by Lolo tribesmen, held for ransom, and rescued by an Army Rescue team

Returning to the U.S., he married his high school sweetheart, Connie Gordon, on 2 March 1946. She accompanied him on most of his remaining active duty tour.

Col. Turpyn flew as first pilot on the Berlin Airlift in 1948, served as Contracting Officer and pilot at various bases in the U.S. and Korea, as Branch Chief and Contracting Officer at Chateauroux, France, and retired from active duty at the Pentagon in October 1964. During his flying career he was awarded the Distinguished Flying Cross, with cluster, Air Medal, with two clusters, and numerous commendations, campaign ribbons and battle stars. In 1960 he graduated from Long Island University, with honors.

As a Civilian he worked with the President’s Task Force On Poverty setting up Job Corps Centers, then transferred to the Pentagon as an Aircraft Programmer where he retired in 1980.

Col. Turpyn worked as a volunteer at Our Lady Of Perpetual Help from 1981 to 2001 maintaining grounds, mowers and equipment. He was also a member of the St. Vincent de Paul Society assisting the needy.

He is survived by his wife, Connie, three adult children, seven grandchildren and eleven (and counting) great grandchildren.