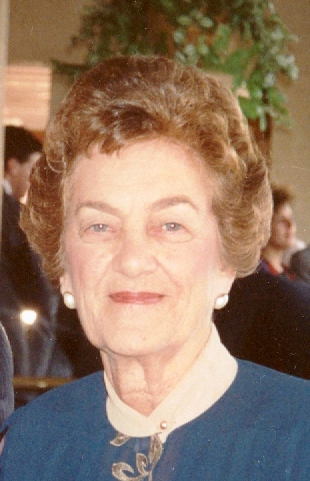 Louise Baden Sansbury, age 91, of Chesapeake Beach, MD passed away November 29, 2013 at her residence. She was born March 23, 1922 in Upper Marlboro, MD to Elmer L. and Elmyra (Duley) Baden. Louise was a 1939 graduate of Marlboro High School. She was married to John Roger Sansbury in Upper Marlboro. She and Roger made their home in Forestville until moving to Chesapeake Beach in 1975.
Louise was employed in the office of the Register of Wills in Upper Marlboro until retiring after 22 years of service.
She was a former member of St. Thomas’ Parish of Upper Marlboro and Epiphany Episcopal Church of Forestville and the Red Hat Society. Louise enjoyed traveling, especially cruises, playing bridge and poker and working in her yard and garden.
She was preceded in death by her husband Roger, a daughter Elizabeth “Bette Jane” Skiles and a brother William Baden.
Surviving are a daughter Rose Myra Grusholt and her husband Charles K. “Kenny” of Ocean City, MD; son John R. Sansbury, Jr. and his wife Shelley of Upper Marlboro, MD; eight grandchildren and seventeen great grandchildren.