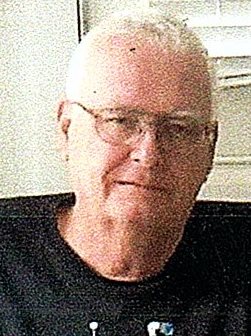 Louis Anthony “Tony” Pope, 64 of Lusby, MD formerly of Chesapeake Beach, MD passed away suddenly on January 23, 2018 at his residence. He was born on August 27, 1953 in Washington, DC to the late Mary Agnes Delaney Pope and Joseph Aloysius Pope. He was the beloved husband to Agnes M. Pope whom he married in Prince Frederick, MD on December 3, 1991.
Tony graduated from Duval High School in 1972 and went on to join the United States Air Force. He served honorably at Andrews Air Force Base from 1972 until 1976. After his military service, Tony attended classes at Prince George’s Community College for a couple of years. He worked as a Logistics Specialist with the US Government for over 40 years. Tony loved the Redskins, Washington Nationals, The Senators (baseball team), and playing golf, but most of all he loved his wife and son to the fullest.
Tony is survived by his wife of 26 years Agnes M. Pope of Lusby, MD; son, Michael J. Pope of Lusby, MD; siblings, John Steven Pope of Chicago, IL, Marian E. Hunter of Midlothian, VA, and Patrick Pope of Richmond, VA. He was preceded in death by his parents and a brother, Joseph M. Pope. Serving as pallbearers will be Michael J. Pope, Daniel Hunter, Clayborne T. Carroll, Noah H. Carroll, Gregory H. Shelor, and Zachary H. Shelor.