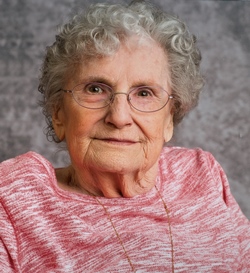 Lois Pauline Graf, 85, a resident of Calvert County Nursing Center passed away January 31, 2016 at Calvert Memorial Hospital. She was born August 8, 1930 in Port Chester, NY, where she was also raised and attended public schools. She then attended SUNY Delhi College where she received her associate’s degree as a dietician. Lois was employed as a cafeteria manager with the Port Jervis school system in New York. She married Henry John Graf III on March 20, 1950, and they lived in Port Jervis. Henry passed away in 2001, and in 2013 Lois moved to Maryland to Calvert County Nursing Center. While living in New York, she was a member of Otisville Seniors and Women’s Auxiliary. Lois enjoyed all the activities offered at the nursing center, especially BINGO and ceramics. She also enjoyed movies, theatre, shopping and spending time with her family.

A memorial mass will be celebrated at Holy Name of Jesus Catholic Church in Otisville, NY at a later date, with inurnment in Rural Valley Cemetery, Cuddebackville, NY.