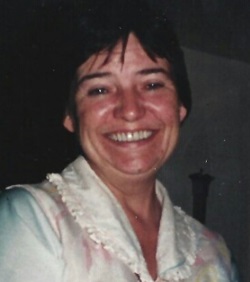 Linda Lou Spicknall, 73, of Tracy’s Landing passed away February 18, 2015 at her residence, surrounded by family. She was born April 29, 1941 in Wilbur, WV to Carl and Wilma (Davis) Bleigh. Linda was raised in Pennsylvania and attended public schools, and also nursing school. She moved to Anne Arundel County in the early 1960’s. Linda married Charles Gordon Spicknall, Jr., who passed away in 2000. She was employed as a private nurse until retiring in 2009 to devote more time to her great-granddaughter, Adaline. She enjoyed spending time with her family, gardening, knitting, and cooking. She also volunteered at the local food bank.

Linda was preceded in death by her husband, Charles. She is survived by daughters Linda L. Callahan of Tracy’s Landing, and Pamela L. Cheek of Texas, and sons Lawrence P. Spicknall of Churchton, Edward C. Spicknall of Rockville and Charles G. Spicknall IV of Raleigh, NC. Also surviving are four grandchildren, four great-grandchildren and sisters Phyllis Venneri of Baden, PA and Lenora B. Phipps of Fairfield, CA.