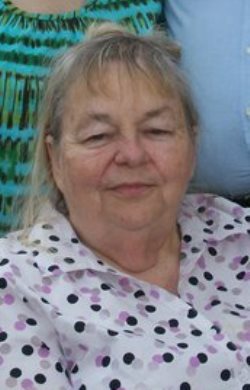 Linda Ann Best, 75, of Lothian passed away January 14, 2014 at Calvert Memorial Hospital in Prince Frederick. She was born November 11, 1938 in Washington, D.C. to James Morgan and Dorothy Rose (Dietz) Herbert. She was raised in the District, and later Forestville, MD. Linda attended Suitland High School, Prince George’s Community College, and was a graduate of the University of Maryland, attaining several bachelor’s degrees. She married Charles Edward Best in November 1956, and they lived in Washington, D.C. She and Charles later moved to Prince George’s County. In 1988, she moved to Lothian after the death of her husband. She was employed as a social worker and counselor for the Calvert County Health Department. Linda was a member of St. Anthony’s Catholic Church in North Beach where she was active in the Ladies of Charity. She enjoyed music, line dancing, bird watching, walking on the North Beach boardwalk, and spending time with her family, especially her grandchildren.

Linda was preceded in death by her parents, her husband, Charles who passed away May 20, 1984, a granddaughter and two great-grandchildren. She is survived by children Cindy A. Ireland and husband Earl of Lusby, MD, Charles E. Best, Jr. of Stevensville, MD, Christopher M. Best of Colora, MD, Craig S. Best of Lothian, MD, Stacey A. Hysan and husband Jeffrey of Edgewater, MD, and Dwayne M.A. Best of Stevensville, MD. Also surviving are seven grandchildren, nine great-grandchildren, and brothers James Herbert of Dunkirk, MD, and Larry Herbert of Chesapeake Beach, MD.