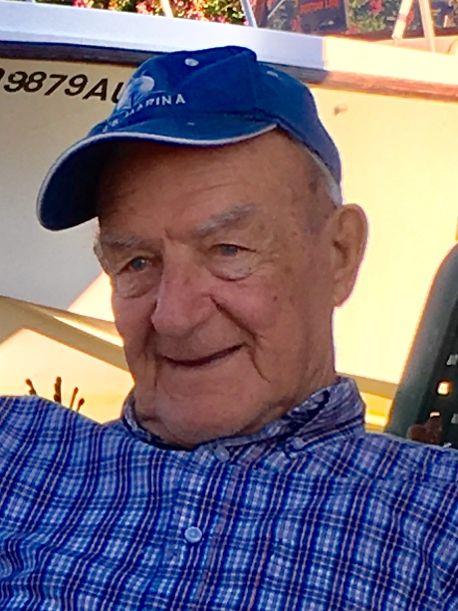 Leonard Joseph Kwiatkoski, Sr., 86, of Broomes Island, peacefully passed away
after a short illness November 11, 2017. Len was born in Riggsville, MI, on
November 21, 1930 to Anthony Kwiatkoski and Florence Shea Kwiatkoski. Len
joined the Army at an early age and advanced quickly. He traveled widely in
Europe and the States with the Army Corps of Engineers. After discharge, Len
worked various jobs as project manager, foreman, superintendent of
construction. He also worked on the construction of Calvert Cliffs Nuclear Plant.
Len bought a marina in 1971 which he owned and operated for years, never
advertising. Len’s Marina started out small but over the years and with the
partnership of his son expanded to what is now a popular and growing marina.
Len retired from the marina business, however never left. The marina was always
his heart, soul, pride and joy.
Len, Ski, Pol, or Popski, whatever nickname you called him, loved his family and
friends. They meant the world to him. As the mainstay, go to, man of many
talents on the island, all flocked to him young and old, children, neighbors, and
boaters. He could fix anything from boats, wells, heat, as well as aide in building
renovations. Many friends and customers come back years later with their kids
and friends introducing the “legend” of the island and bragging on the good times
they had at Len’s. He always had a story or joke to share.
Len loved to fish, bar hop, read voraciously, playing cards, and just visit with
friends and family. He taught the grandkids, their friends and neighbor kids card
games. While playing cards with the kids he taught them the ways of the world.
He loved visitors at any time of the day or night. He was a dedicated, hard
working and strong man. The kind they do not make anymore.
Len is survived by his loving partner Marie Otley, Janice Kwiatkoski, brother Ralph
and his wife Debby, sons Dennis (Bub) and his partner Paula Tucker, Lenny and his
wife Shannon, 9 grandchildren Jessica, Bambi, Samantha, Billy, Reza, James, Ryan,
Ty and Mia, and 8 great grandchildren Bailey, Carley, Nateley, Camryn, Karleigh,
Finley, Dominic and Ashton. His son Anthony preceded him in death.
Per Len’s request, there will be no services. In lieu of flowers the family requests
donations to Calvert Hospice in his name.