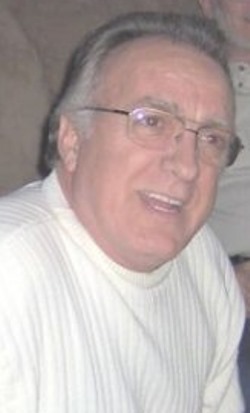 Leonard John Davis, Jr., 72, of Chesapeake Beach passed away August 19, 2014 at Calvert Memorial Hospital in Prince Frederick. He was born May 24, 1942 in Washington, D.C. to Leonard J. and Edna Earle (Webb) Davis. John was raised in Montgomery County and graduated from Wheaton High School. John was a businessman and held a variety of jobs. He owned and operated a pizza shop, worked for Pepsi for fourteen years, was a personal trainer for ten years and most recently was a department manager at Sneade’s in Owings for eighteen years. John was also a member of the Wheaton Volunteer Fire Department. He moved to Breezy Point in 1987. He enjoyed fishing, boating, bird watching, cars, motorcycles and country music. He was the handyman around Breezy Point, helping out many of his neighbors, and was also Santa Clause in the Breezy Point Christmas Parade.

John is survived by a brother Robert Earl Davis and wife Michele of La Porte, IN, and sisters Diane M.L. Bishop of Ft. Lauderdale, FL, and Nancy L. Heneghan and husband Stephen of Knoxville, MD. Also surviving are five nieces, one nephew, six grandnieces and many friends.