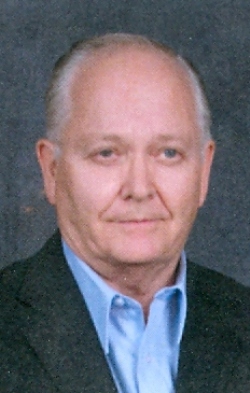 Leonard Gordon, Jr., 70, of Dunkirk, MD passed away February 11, 2013. He was born February 18, 1942 in Philadelphia, PA to Leonard and Caroline (DeJames) Gordon. In 1960, Leonard graduated from Princess Anne High School in Virginia Beach, VA and entered the United States Air Force, serving for eight years. During his stationing in Machias, Maine, Leonard met and married Judy Alberta Hooper on August 1, 1964. Upon completion of his service, he entered employment with the US Naval Oceanographic Office where he remained until his retirement in 1997. An avid reader and world traveler, Leonard was a lifelong “knowledge” enthusiast. His interests were broad with a special fondness for astronomy. He enjoyed spending time with his children, grandchildren, friends and members of his church family from Chesapeake Church.

Leonard was preceded in death by a son David Gordon. He is survived by his wife of 49 years Judy; sons Daniel Gordon and wife Elizabeth of Ashburn, VA, and Donald Gordon of Chesapeake Beach; a daughter-in-law Renee O’Brien of Huntingtown; and granddaughters Kate O’Brien of Durham, NC, Megan O’Brien of Huntingtown and Alexandra, Ava and Ashton Gordon all of Ashburn, VA. Also surviving are sisters Patricia Sparks of Burke, VA and Attricia DeJames of Chesapeake, VA.