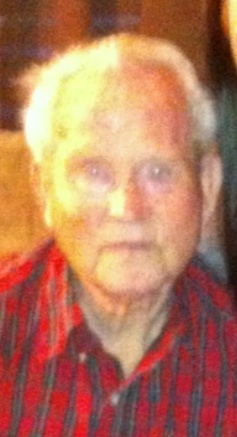 Lawrence Hugh Tedder, 86, of Temple Hills, MD passed away July 10, 2013 at Southern Maryland Hospital in Clinton, MD. He was born August 28, 1926 in Beckley, WV to Benjamin Franklin and Pearl (Wiedner) Tedder. Lawrence moved to Maryland with his family when he was a child. He entered the United States Army on December 19, 1944 and was honorably discharged December 4, 1946. While in the Army, he earned the Good Conduct Medal and the Asiatic Pacific Theatre and World War II Victory Medals. Lawrence married Doris Viola Catterton in Drury, MD in 1948. They made their home in Lothian and Lawrence worked as a warehouseman for the Department of the Air Force. He retired from Andrews Air Force Base in 1981 after 38 years. Lawrence’s life was devoted to his family.

He was preceded in death by his parents, his wife, Doris who died April 3, 2007, and a son Larry R. Tedder. Lawrence is survived by daughters Wanda L. Van Duzer and husband George, Barbara A. Burns and husband David, all of Temple Hills, MD, and Joyce M. Annan and husband Danny of Myrtle Beach, SC. Also surviving are four grandchildren, nine great-grandchildren and sisters Brucie Saville and Mazzie Ridgley, both of Virginia.