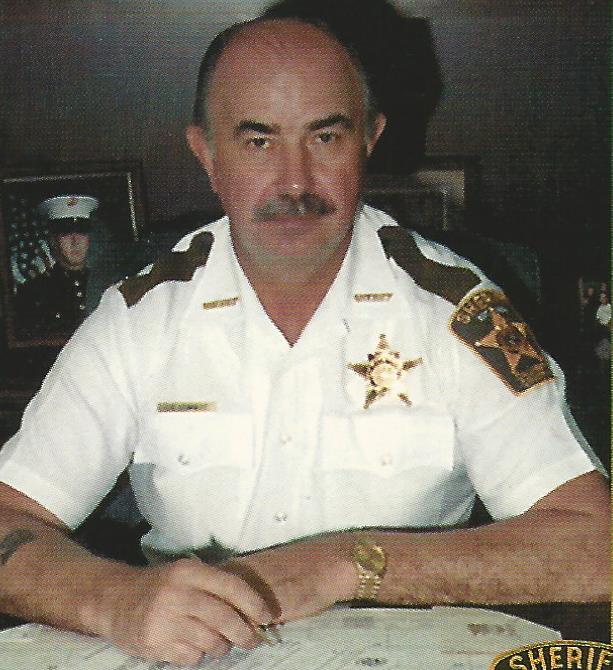 Lawrence Chester “Bootsie” Stinnett, 79, of Broomes Island, MD passed away January 5, 2018 in his home. He was born on December 4, 1938 in Prince Frederick, MD to the late Chester A. and Minnie V. Marquess Stinnett.
Bootsie was a known jokester and a very hard worker. He was a Maryland State Trooper for 24 years. He retired from MSP after winning the election for Sheriff of Calvert County 1990, which he served from 1990 – 1994. He then went on to work as a process server for 20 years. He also worked at the A&P Grocery store, retiring after 33 years. He loved horse racing, watching baseball, and especially enjoyed spending time with his grandkids.
Bootsie is survived by his daughter, Jessie Hall and her husband Chris, son, Josh Stinnett and his wife Vickie, grandchildren, Connor, Carter, and Cooper Hall and Kennedy Stinnett. He is also survived by his brother Ronnie and his wife JoAnna, and nephews Joey And Billy Stinnett.
The family will receive friends on Tuesday January 9, 2018 at the Rausch Funeral Home, 4405 Broomes Island Road, Port Republic, MD from 2-4 and 6-8 PM where services will be held on Wednesday January 10, 2018 at 10 AM. Interment will follow in Wesley Cemetery. Celebration of life will be held at Prince Frederick Volunteer Fire Department. Memorial contributions may be made to either Prince Frederick VFD or St. Leonard Vol Fire and Rescue Squad.