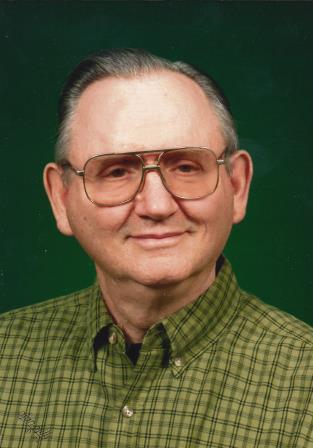 Larry David Pannemann, born in Cincinnati, Ohio in 1935, to Lawrence Henry and Jeanette, both preceded him in death, along with his sister, Sally, and wife Dena. He is survived by a son, Tim Duggins, and daughter-in-law, Lori, and grandson Lt. Timothy Duggins, Jr. USMC and wife Maggie in Quantico, Va., as well as granddaughters Jacquelyn and Megan of Charlottesville, Virginia. A daughter, Paula Loveless, and son-in-law, Dennis and granddaughter, Jessica and grandson, Dylan of Saint Leonard, Maryland, also survive him. Dad served bravely our country’s Army in 1950 [BTRY. A 134th F.A. BN. O.N.G.], then the Air Force at Lackland Air Force Base Squadron 3725 Flight 129 as well as other assignments until March 1957. He then continued his service in the Air Force Reserves until 1961. He tells the story of accepting Christ at Campus Crusade for Christ rally while serving in the Air Force. He graduated from Baptist Bible College in Springfield, Missouri May 25, 1961. He later moved to Dallas, Texas, where he met his first and only love, Dena in 1968. They married June 7, 1969 at Grace Baptist Church. Dad had an impeccable work ethic. He left the house before the sun came up and returned many times after the sun went down. During my high school days, I remember him taking a second job or two. Dad worked for 37 years at Love Field in Dallas as an aircraft engine mechanic doing Non-destructive Testing on airplane engines. From 1962-1999, he worked for the same company under the following names: Southwest Airmotive, Cooper Airmotive, Aviall, Ryder Airline Services, Aviall, Inc. Greenwich Air Services, and GE Engine Services. Dad also voluntarily devoted himself as a Trustee to Grace Baptist Temple in Duncanville, Texas, for over 25 years. A few years before retirement, Dad helped build Victory Baptist Church in DeSoto, Texas, where he was Treasurer until he moved to Maryland. Dad retired in 1999 to move with wife, Dena and mother-in-law, Gladys to Drum Pointe in Lusby, Maryland, to be near family. Dad spent over ten years working as custodian at Southern Calvert Baptist Church, and as an independent contractor for Weight Watcher’s Intl. He served voluntarily as a deacon at Southern Calvert Baptist Church also. He lost the love of his life, Dena, in 2011. Dearest family and friends helped move Dad from Lusby, Maryland, into the loving care of my brother and sister-in-law in Charlottesville, Virginia, after Dad survived open-heart surgery in July of 2013. He lived primarily with Tim and Lori until his death. We all love and miss you, Dad, but know that you find yourself re-united with your lovely wife in heavenly places.