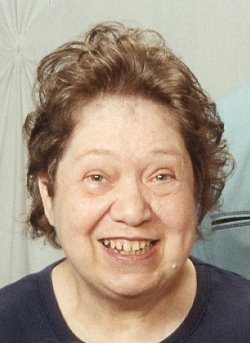 Joy Ann Milstead, age 67, of Prince Frederick, MD passed away August 12, 2013 at her residence. She was born September 8, 1945 in Washington DC to John H. and Rothie E. (Parks) Weaver. Joy was raised in Palmer Park and graduated from Chamberlain Vocational High School class of 1964. She married Everett Roy “Jimmy” Milstead in Washington, DC on May 16, 1964. The couple then resided in Capitol Heights and relocated to Calvert County in 1976. Joy was a homemaker. She enjoyed spending time with family and friends hosting barbeques. She was often found in the garage watching Everett working on cars or sitting with him on the porch. She enjoyed horseback riding, old classic cowboy movies and chocolate cake and chocolate ice cream.
She was preceded in death by her husband Everett on May 24, 1993, a sister Elizabeth Jones and brother Fred Weaver. Surviving are a son Everett Roy Milstead, Jr. and his wife Tania of Prince Frederick, MD; daughter Bonny M. Milstead of Waldorf, MD; three grandchildren Justine, Allison and Kacie Milstead of Prince Frederick, MD and sisters Delores Johnson of Crystal City, VA and Dorothy Pilkerton and her husband Tommy of Rocky Mount, NC.