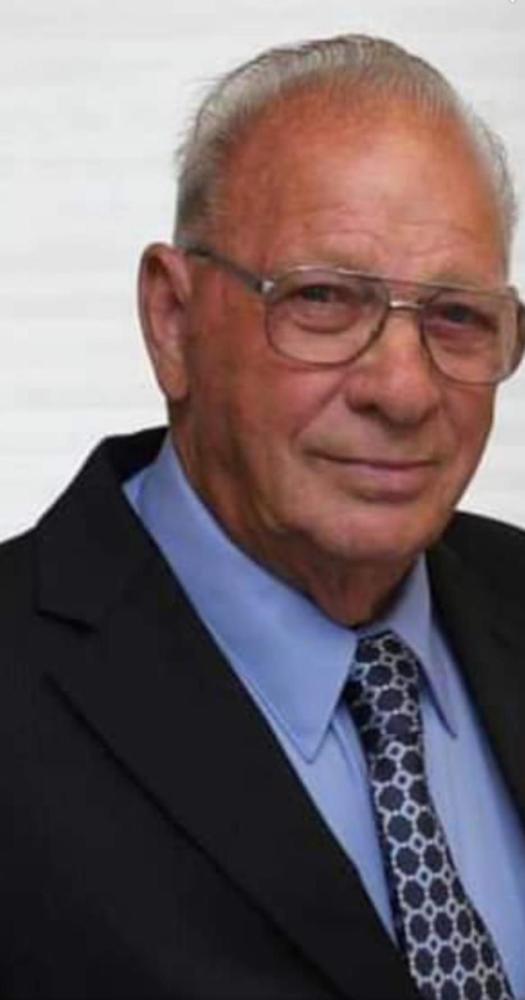 Johnny Hudson, 87, of Plum Point Road in Huntingtown, MD passed away peacefully, surrounded by family, on December 17, 2019.  Born John William Hudson Jr. on February 18, 1932 to the late John William Hudson Sr. and Ethel (Simmons) Hudson, he was a United States Army veteran and served in the Korean War.  He married Nancy Ann Taylor on May 27, 1955 and together they had five children.  Most will remember Johnny Hudson for his dedication to his life’s work building Hudson’s Sunoco and Mini-Mart at the bottom of Plum Point Road and Route 4 in Huntingtown, MD (from 1966 until he retired in 2009).

Mr. Hudson is preceded in death by his wife, Nancy Hudson, and sisters, Ethel Bowen and Sarah (Betty) Collins.  He is survived by his brothers, Charles Hudson (Peggy) and Allen Hudson, his sisters, Shirley Clough and Iva Lee Gray, and his five children: Susan Tucker (Stan) of Dunkirk, MD, John W. Hudson III (Eileen) of Prince Frederick, MD, Michael Hudson (Vicki) of Owings, MD, Wayne Hudson (Sharon) of Port Republic, MD, and Joseph Hudson (Jennifer) of St. Leonard, MD. He also leaves behind nine grandchildren, 14 great-grandchildren, and 3 great-great-grandchildren as well as his dear friend, Betty Hoots.  Mr. Hudson also loved his dogs deeply and was preceded in death by Timber and Rocky and is survived by Petey.  Special thanks to the staff at the Burnett House in Prince Frederick, MD who helped care for him in his final days.

He will be missed by many for sure. Glad I got to be a little part of his and his family’s life.
Condolences to all. Phyllis Ramsey & family.

Dear Susan and Family wishing you peace to bring comfort and the courage to face the days ahead and loving memories to forever hold in your hearts. My heart goes out to you in your time of sorrow. Love Rose

So very sorry to hear this. Mr. Hudson gave me my first job pumping gas at the age of 13. He was a great man. Our condolences to the entire family. You all are in our thoughts and prayers.
Les Meyers Jr and Lisa Ramsey Meyere

Susan and Family, I was so sorry to hear of Hudson passing. He was a wonderful man and I am grateful that I got to work with and for him. I will always remember those years. Prayer of healing for you and all your family at this difficult time.
Marie Beall

Sorry to learn of Mr. Hudsons passing. He gave me my first real job and was a career influencer. Many of my teenage years were spent at the Hudsons home. I always felt welcome and he treated me as well as his very own sons. Many a time I was welcomed to tag along to the motocross races with Johnny and Micheal. I so appreciated his generosity and kindness. It was a truly happy time in my life. My sincere condolences to John, Mike, Wayne, Joey and Susan.

Susie and family
So sorry for your loss. Johnny and Nancy were real good people. My husband Buck and I loved Aunt Jenny’s
They had a positive influence in Calvert County and will be remembered by many.

Our deepest condolences to Johnny’s family. Dad and Mom had so many great memories of Johnny and Nancy, and Dad’s special relationship with Susan and Stan. What great stories they would tell of their earlier days and the mischief they got into. May he Rest in Peace 🙏🏻

Johnny was a good friend and we all spent many hours together as teens.. May he Rest In Peace.🙏🏻🙏🏻❤️ Prayers for the family…